This blog was written a while ago regarding the state of the Asia Pacific Oil and Gas market with a focus on Asia Pacific. Some of this information may be slightly outdated especially in regards to those drilling contractors who have been relatively busy in acquisitions in 2018. In saying that however it is extremely relevant especially with the Asian OTC around the corner and hopefully this will increase your knowledge of the industry sector prior to the OTC.

The news revealed by Singapore’s Business Times, and later confirmed by Keppel, that Norway’s Borr Drilling are negotiating with the shipyard to pick up six (6) of Keppel’s eleven (11) stranded jackups is just the latest in a series of efforts by Singaporean and Chinese shipyards to divest themselves of their surplus jackups after failing to persuade the original owners to take delivery.

Borr were known to have been in discussions with Keppel last September and October before they decided instead to seal a deal with rival Sembcorp Marine to pick up nine (9) BMC Pacific Class 400 jackups for a total price of $1.3bn from PPL shipyard who thus rid themselves of their surplus inventory in one fell swoop. Originally priced at between $208-$214m each (PPL are likely to have received a 20% down payment at time of order,) this, at $144m each, is still a decent discount for Borr. It was said at the time that Keppel had been unwilling to match the discount offered by PPL.

The new Borr/Keppel deal, of six (6) rigs for $960m, if consummated, suggests a price of $160m per rig but this could be misleading as Keppel has three different designs under construction all priced differently. Sources in Singapore have indicated that the six (6) are four B Class units, (one of Grupo R’s, one of Fecon’s, the Clearwater unit and Keppel’s speculative rig) plus the TS Topaz which is a Super B Class and the TS Jasper, a $500m N Plus Class North Sea spec jackup. The total contractually agreed price with the original owners for these six (6) rigs was $1.575bn. If it is true that $160m is being agreed and true that it includes the six (6) rigs I have listed above then it is a bargain.

And there has been some movement in China to divest themselves of their stranded jackups. China Merchants have either thirteen (13) or seventeen (17) jackups under construction depending on which source you believe, two ordered by related company China Merchants Capital, six (6) by Singapore’s Bestford, a company linked to Labroy’s founder Tan Boy Tee, two by Hongmao Shipping/Hai Heng Ship Engineering out of Tiajin, all of which are GustoMSC CJ-46 units plus three (3) GustoMSC CJ-50 units, two ordered by Hai Heng and one by Vanda Offshore believed to also be Tiajin based and yet another speculator who jumped on the bandwagon. CMHI has managed to offload the two China Merchants Capital units to Singapore’s I-Ships Management on a bare-boat agreement with an option to purchase and the two are already operational, working in Iran. The agreement also has provision for I-Ships to acquire a further four CJ-46 units, likely those of Bestford, though this has not yet transpired. CMHI also reached an agreement with Singapore’s Energy Drilling for the tender assist specialist company to market another CJ-46 jackup, Bestford 5, with an option to operate the rig if E-Drill were to win a contract. With no jackup experience this is a big ask on the part of E-Drill.

CIMC Raffles however are following a different path. After taking over the two Frigstad 7th generation UDW semis, renamed Bluewhale 1 and Bluewhale 2, the yard formed a drilling company, Bluewhale Offshore, to operate the rigs and set up an office in Singapore. Subsequently they have added five surplus jackups and three undelivered harsh environment semis to Bluewhale’s marketing fleet. Three of the jackups are F&G JU2000E design units, Cerebus and Phoenix, originally ordered by Central Shipping Monaco who terminated their construction contract in May last year, and the Coastal Driller 4002 ordered by Malaysian marine contractor Coastal Contracts with this rig in limbo due to ongoing arbitration proceedings between the two companies over the first jackup built for Coastal at the yard. The other three jackups are of the minimalist F&G Super M2 design, two of which were speculative by the shipyard and which failed to find buyers, with the other being the Caspian Driller currently bare-boated to Momentum and working in Turkmenistan. To date Bluewhale Offshore have been unsuccessful in finding work for any of their fleet.

The other two Chinese yards with the highest exposure are Shanghai Waigaoqiao (SWS) and Dalian Shipbuilding (DSIC) with ten (10) and nine (9) jackups respectively left on their shelves. In SWS’s case three units are destined for Northern Offshore, a bona fide drilling contractor who will accept delivery of all three eventually. SWS have now offloaded the remaining seven (7) rigs and transferred ownership to Tianjin China Shipping Jianxin Offshore Engineering, a financial leasing company established by SWS parent CSSC. The rigs are three ordered by Prospector Offshore who are now out of business, two for in-house CSSC Leasing and two for Singapore based ESSM with whom the shipyard is currently in arbitration after ESSM refused to take delivery due to alleged late deliveries.

In DSIC’s case the fate of their jackups rests with two drilling contractors, Seadrill who have eight (8) units on order and Indonesia’s Apexindo. The latter are likely to take delivery at some point when the market improves but the Seadrill units are of course subject to the ongoing re-structuring of the Norwegian outfit and their ability to raise enough funds to pay for not only the jackups but also four UDW drillships on order in South Korea.

What of the other Chinese yards? ZPMC have four jackups under construction or completed awaiting acceptance. Three of these, Jap Driller, Lovansing and Lovanda are believed to have Norwegian owners and there has been no word on these since 2016. The other is a rig for KS Drilling who may take delivery eventually and have been actively marketing the rig in Indonesia. They would probably be equally willing to sell the unit. 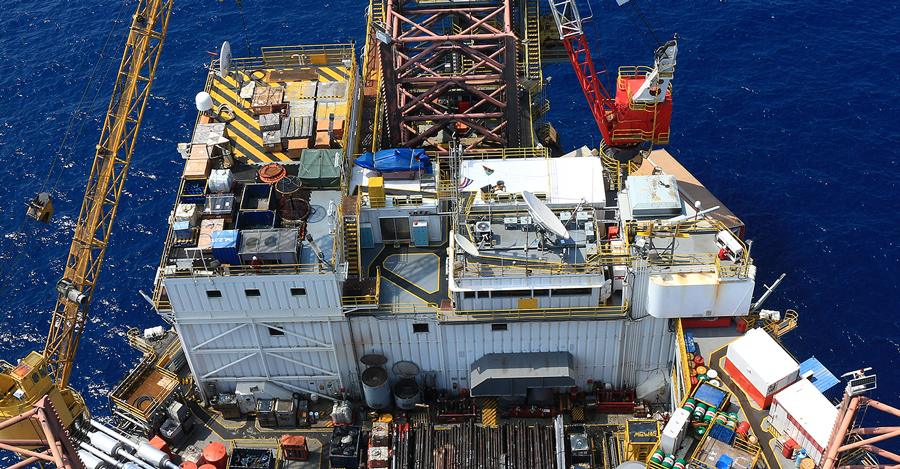 CSSC have been building three rigs of a new design, Zentech R-550-D, for Alliance Offshore, a subsidiary of TSC Group Holdings and have successfully delivered the first which was sold to Indonesian outfit Harmoni Drilling but has remained idle in the shipyard since December 2016. There has been no recent news on the other two, one of which was to have been delivered late last year and the other scheduled for mid 2018.

CSIC have also been left holding the baby, on five jackups, four ordered by FTS Derricks, a subsidiary of Singapore’s Falcon Energy who cancelled their construction contracts last month as they could not pay for the rigs, and another by Singaporean speculator ES Holdings from whom nothing has been heard for some time.

Meanwhile COSCO would appear to be the one rig with little to worry about. They have five (5) rigs under construction, two for Northern Offshore, one for KS Drilling, one for India’s Dynamic Drilling and one for Foresight Offshore. All these owners are bona fide drilling contractors and likely to take delivery eventually, albeit only when the market improves.

Of the rest, Indonesia’s DDX Paxocean shipyard in Batam have been unable to persuade Petrolor Oilfield Services, a Chinese company, to accept delivery of its two CJ-46 jackups, both of which are complete and stacked in the shipyard, one since 2015 and the other early in 2017. China’s Zangzijiang shipyard has one unit ordered by MENA Offshore pending delivery after completion in 2016, CPLEC have two jackups of their own design to find buyers for and lastly Tai Zhong Binhai shipyard also have a rig which is said to have been completed in late 2016. It is a new Chinese design and the yard’s first foray into jackup construction which are probably serious disadvantages when it comes to find a buyer.

In summary, new rigs are beginning to find buyers and shipyard have been prepared to think outside the box of ways to lessen their inventory. The Singapore yards have a considerable advantage in that they will have already received a 20% down payment from the original owners (and possibly even progress payments) which allows them more leeway to offer discounts whereas the majority of rigs ordered in China only required a down payment of 5%.  Also from a quality perspective it was always likely that the Singapore rigs would be sold first. With Borr proving to be the exception that proves the rule, it is fairly certain that the only jackups that will actually be delivered this year will be those with a contract to go to.

I hope you enjoy this industry update prior to the Asian OTC. Please follow OCS Group on Linked In and Facebook to be notified of future industry updates.

Please feel free to email media@ocsgroup.com to direct you to OCS Group’s services. 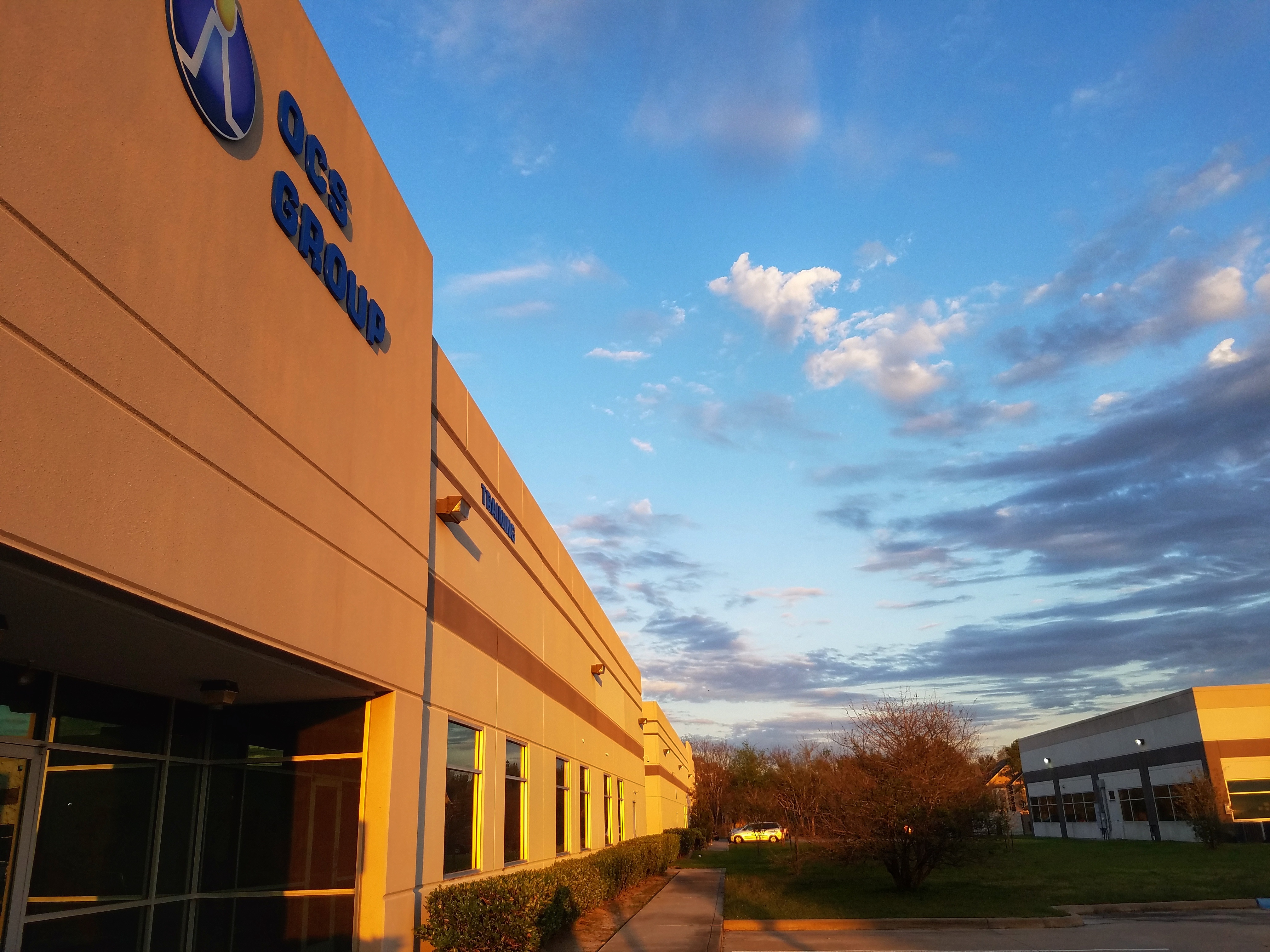