THE MORE THE MERRIER?

Opportunities for the Asia Pacific region’s fifty (50) strong jackup fleet are not exactly extensive. This is especially true in Malaysia, Vietnam and Indonesia who practice forms of cabotage that mean Velesto (UMW) and PV Drilling’s fleets are rarely out of work. It is not quite so true in Indonesia where Apexindo should have a major advantage but get tied up in bureaucratic knots by the Indonesian tendering system. Unfortunately, other countries in the region do not have such prolific jackup work.

So, you might ask, why does a region with nineteen (19) idle jackups can allow three (3) more to enter the region after having won contracts against regionally based competition and notwithstanding mobilization costs? Aban, COSL and now CPOE have recently been awarded charters in Malaysia and Indonesia for rigs that are based in the Middle East and China.

So, how did Aban manage this? Aban has worked in Malaysia before with Deep Driller 3 in 2010 so are not an unknown quantity. Their charter with Petrofac with the Aban VIII, is believed to be at a decent rate (reportedly $60,000 a day), which probably includes mobilization costs from the UAE, so it is unlikely they won by bidding lower than anyone else as they have done recently in Vietnam and in Abu Dhabi where rates have been below $40,000. With Velesto’s fleet fully committed, the only explanation must be that the four (4) months’ work this year and then having a commitment to return to Petrofac after a six-month idle break for two more wells in 2019, is not attractive enough to the competition to justify reactivation costs, especially a commitment in 2019 at a 2018 rate. As we head out of the downturn, most driller’s will be optimistic that rates for 2019 will rise significantly and want availability to take advantage of this.

The COSL award to China based jackup COSL 943, is easier to explain. The rig is currently working for Husky Oil in China. In Indonesia it will work for the Husky-CNOOC joint venture. COSL have an unrivalled record of winning contracts in Indonesia with operators that have Chinese partners even when it takes a lot of finagling by the operator to circumnavigate the Indonesian tendering system and Indonesian flag requirement- best not to delve into this too closely. 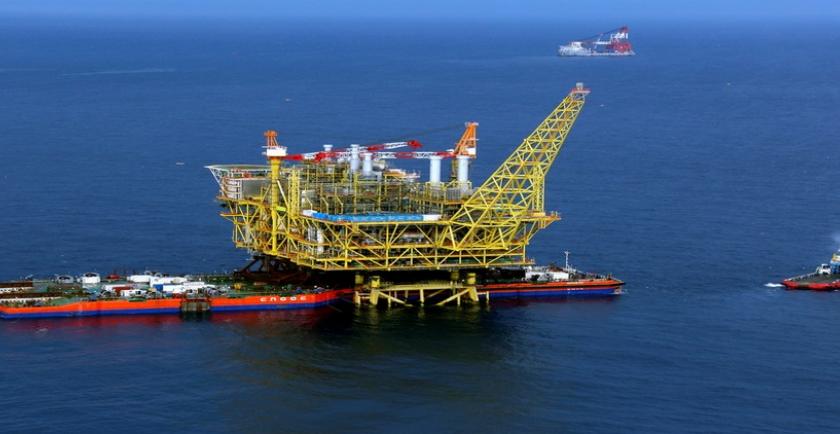 A drilling rig and a platform offshore China (Image by: mmbiztoday.com)

CPOE was only established in 2004, a relative newcomer with just ten years of operating experience. It has a fleet of seven jackups and an inland barge. The first six of their jackups designed for shallow water below 150ft, were designed by China’s Offshore Engineering Equipment Institute, built at Quindao Wuchan shipyard and delivered in 2007 and 2008. They then branched into the 300ft category by ordering two F&G L780 Mod II units, a venerable design that dates back to 1980, which were delivered in 2008 and 2009. An updated L780 design, the Super M2, followed in 2015 built at CIMC before they moved into the premium rig league with two F&G JU2000E units delivered from SWS and DSIC respectively in 2014 and 2016. The CPOE 17, beneficiary of the Carigali award in Malaysia, is one of the latter units which  worked a three (3) month maiden charter for CNOOC in 2016- but has been idle since.

As you would expect, most of CPOE’s fairly limited drilling experience has been in Chinese waters for parent CNPC. The sum total of CPOE’s international experience, is having had four jackups on charters in Iran- two of which are still ongoing. So how could they have beaten out competition from the likes of JDC, Maersk, Seadrill and Apexindo, all with idle units seeking new work; not to mention, Velesto, Malaysia’s primary jackup supplier? Velesto though, are currently 100% utilized and have no availability which meant that Petronas Carigali would have to consider a non-Malaysian unit.

Carigali have for some time shown a preference for a regional contractor if their own have no availability. Just before the downturn, both Apexindo and COSL were awarded charters by PCSB- that for COSL, being a first for a Chinese driller and likewise a first for an Indonesian driller. Apparently, they are “easier” to handle by which we assume they do not take many, if any, exceptions to the Carigali contract and always do as they are told. This theory is possibly born out by the news that CPOE were currently studying the contract details before accepting the Carigali charter; in other words, they appear to have bid on the basis of accepting the contract and other terms in the tender document in full. Taking no exceptions and only now, after receiving an LOI, are looking at the terms and conditions in the contract.

As a veteran of reviewing contracts with Carigali for over 30 years, I can tell you that their contract form is not friendly to the drilling contractor, and I am sure it has not got any more friendly during the downturn when most operators have taken advantage of the times by adding in even more onerous T&C’s. Is Carigali taking a risk by handing a contract to a relatively inexperienced contractor? I imagine they are well covered in the contract and the rate quoted them, whatever it is, was very much to their liking. Hard to see first tier drillers like of Ensco, Transocean, Seadrill, etc., submitting a bid that did not protect them from company breaker clauses, but then it has always been different in this region. The old adage is, “a signed and binding contract is just the basis for further negotiation.” It used to annoy me no end!

Mind you, its not just the jackup contractors that have been caught out by an “incoming”. To an extent, the same has been true in the floater sector. Nanhai IX, Deepsea Metro I, West Capella, Maersk Deliverer, GSF Development Driller I, Deepwater Nautilus and Dhirubhai Deepwater KG II have all slipped into the region in recent times beating out competition from a flotilla of idle units- mostly stacked in Labuan and taken up work in the region.

It is no surprise that the region’s utilization rates lack behind those of other regions, just 63% for jackups and 45% for floaters. Maybe those with idle units are playing the long game?

Don’t forget to follow us on social media for the latest OCS Group updates and training videos. 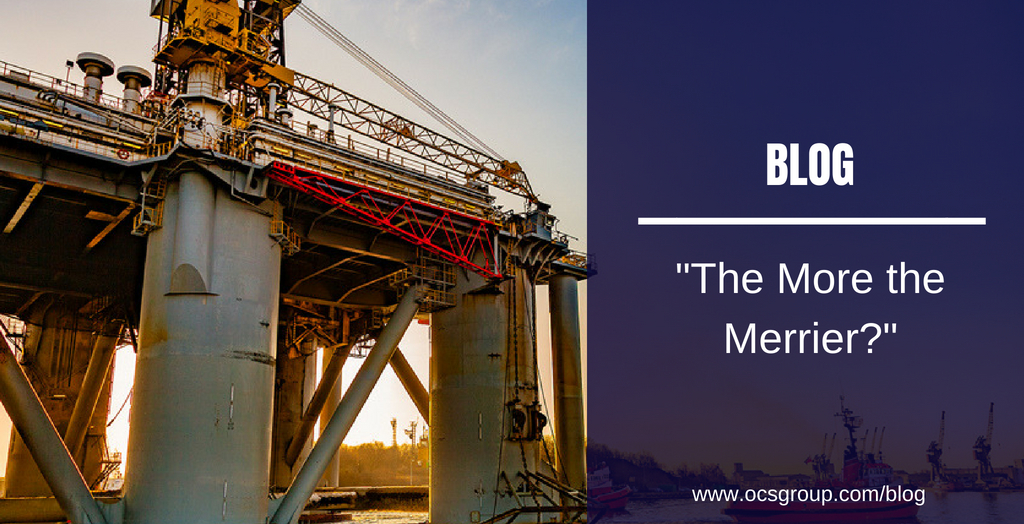