A Total Eclipse of the … Sun

Have you been left in the dark about the solar eclipse and what it might mean for you? Hopefully below will clear up some questions, or perhaps leave you with more.

I began writing this as OCS Group does complete work in the Renewable Sector, including Engineering, Commissioning, Installation and aiding in the design of storage systems. My interest was in the affect that the Eclipse will have on the American power network, especially in the states where there is a high reliance on Solar Power. I guess we are shortly going to find out …

Solar power: Whilst everyone is at fever pitch it is the owners of natural gas power plants that are going to have a great sales day today. It goes without saying if you own a natural gas power plant in the US today it is going to be a good day for you. With today’s solar eclipse set to partially obscure 70% of sunlight over 50% of America’s utility scale solar power capacity. The US, as of last year according to the North American Electric Reliability Corporation had a capacity of some 42,000 megawatts. Over 1900 solar power plants across America are expected to be affected with California’s grid operator going to require 6000 MW to account for the drop in power. It will be interesting to see how this is handled across the US this afternoon.

Once upon a time there was light in my life

But now there’s only love in the dark”

Nothing I can say

A total eclipse of the … Sun

Whilst an eclipse happens every year or so it is very rare to be on the path of “totality”.  This strip known as the path of totality is approximately 70 miles wide and will stretch across America from Oregon through to South Carolina. The last equivalent Solar Eclipse which resulted in a “totality” event across the US was in 1918. So this is a once in a lifetime opportunity. 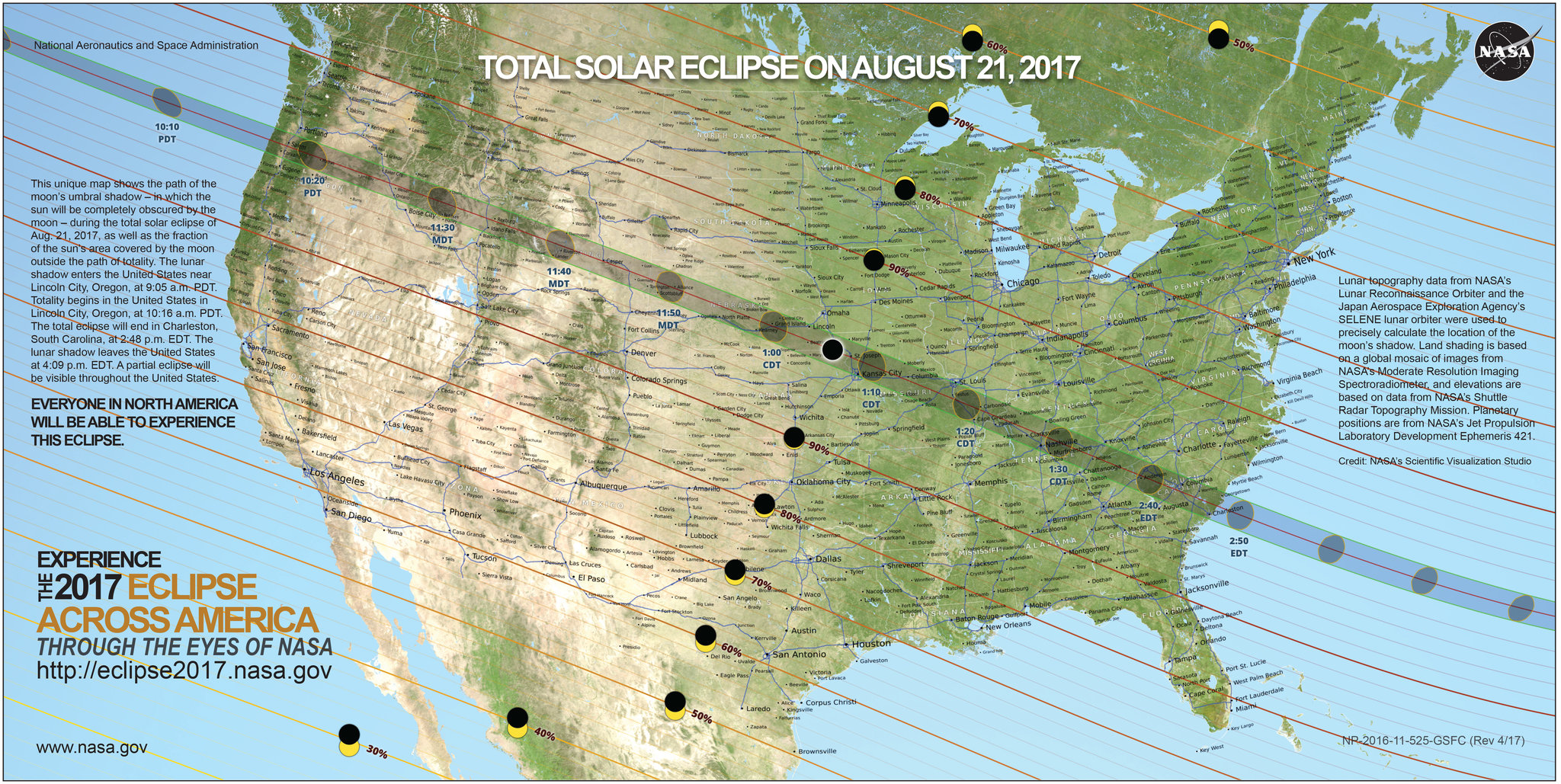 US Economy: It is estimated that the US economy will lose approximately $694 Million in productivity, as thousands of people to take the day off, call in sick, or skip their regularly scheduled duties to watch the moon’s shadow block out the sun’s rays for a few minutes.

When will it occur: The eclipse will take 94 minutes to cross the US, giving each place approximately two and a half minutes of darkness. The shadow will cross the Oregon Pacific coast at 17:15 GMT, (10:15 local time), travelling at 5,300 kilometers per hour. Salem, Oregon, will see totality for one minute, 52 seconds.

Glasses – Safe Viewing: There has been a lot of talk about glasses for the safe viewing of the eclipse. This is a biggie, you MUST use special “eclipse glasses” to look directly at the eclipse.  Looking at the sun for just a few seconds will result in damaging your eyes and potentially this can result in blinding. There is no pain as you do not have nerves / receptors on the back of your eyes, however the damage occurs immediately as you look at the sun.

Everyone in the continental U.S. will see at least a partial eclipse: In fact, if you have clear skies on eclipse day, the Moon will cover at least 48 percent of the Sun’s surface. And that’s from the northern tip of Maine. 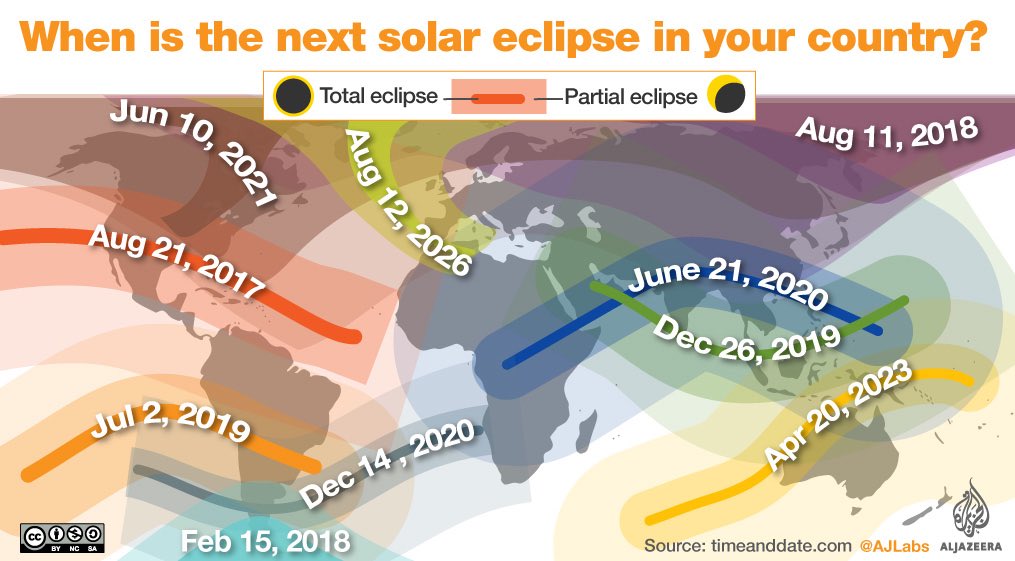