A drop in jackup utilization rates from 63% at the end of December last year to just 48% at the end of this quarter is mirrored by the Floater sector which also dropped from 28% to 22%. This would suggest the market is worsening but in fact there are promising green shoots of recovery. But don’t hold your breath; a full recovery is not exactly imminent.

New fixtures during the quarter were same old same old, numbering the same as in Q4 last year; twelve (12) in total, with five (5) for jackups and seven (7) for floaters. Four (4) of these new charters were long term, firm periods of 18-24 months which is promising. Of the floater charters three (3) were ultra-deepwater, three (3) for tender rigs/swamp barges and one (1) for a mid-water floater. Indonesia was the busiest with four (4) new contracts awarded and two (2) for Australia.

Fresh market surveys during the quarter amounted to sixteen (16), a little better than last quarter. Several of these were converted to tenders within the three-month period. Nine (9) surveys were for jackups and five (5) for mid water floaters, a regional market sector having a serious shortage of supply to this will be an interesting sector to watch.

The good news; however, is that there was a significant leap in the number of new tenders issued, sixteen (16) in all. Seven (7) of these were for work in Indonesia although two (2) of these were re-tenders. Nine (9) were for jackups, four (4) for mid water floaters, an UDW requirement and two (2) for TAD’s/swamp barges.

So, at the end of the quarter there are fifteen (15) jackup tenders currently awaiting award and thirteen (13) for floaters still under evaluation.

A busy quarter for departures. Six (6) jackups and one (1) UDW floater mobilized out of the region for pastures new. We have seen the back of West Telesto, Topaz Driller, COSLSeeker, Deep Driller 8, Hakuryu 10, Jindal Explorer and UDW floater Dhirubhai Deepwater KG2. The high number of jackups leaving is reflective of the poor prospects for international jackup contractors in what is a grossly over supplied region likely to worsen with progressive deliveries of new build units into the sector throughout the year.

There have been two new arrivals, Transocean’s GSF Development Driller 1 into Australia from cold stack in the Canary Islands and COSL’s Nanhai IX from China to take up a charter in Indonesia.

Following a full year with nary a new build rig delivered to its owner, all of whom shied away from committing to accept a new asset when the final payments would have been due, the turn of the year has seen five (5) new jackups delivered already, three (3) for Borr Drilling, one (1) for Japan Drilling, all of which are stacked in Singapore and one for Northern Offshore which has remained in China.

Meanwhile, five contracts for UDW drillships have been cancelled. One for an Ocean Rig drillship, the Amorgas and four that were ordered by Seadrill, West Aquila, Libra, Dorado and Draco. This means that Samsung and Daewoo are each now the “proud” owners of three (3) UDW drillships for which they must seek new buyers. There are still eighteen (18) drillships in various stages of completion yet to be delivered.

Both Singapore yards, Keppel and Jurong did have a little to cheer about when Sete Brasil finally settled with Petrobras and decided to continue with the construction of just four new UDW units and terminate the contracts for the other twenty-four originally contracted. The four (4) were two (2) each for the Singapore yards both of whom had originally received orders for six units.

Warm stacked jackups in the region currently outnumber those working, twenty-five (25) to twenty-four (24). There are also another eight (8) cold stacked. The situation with the region’s floater fleet is even direr with only five (5) units currently working out of a fleet of twenty-two (22). And there is a further twelve (12) that are cold stacked.

This is reflective of the fact that there were just nine (9) contract start-ups during the quarter, whereas seventeen (17) rigs completed their contracts in the same period and either became idle or started new charters. However, five (5) jackups and five (5) floaters of the region’s idle fleet do have charters to start over the coming months.

Four venerable floaters left the region to head to a scrapyard, Songa Venus, Songa Mercur, Doo Sung and Ensco 5005. One UDW floater, Discoverer Luanda, was cold stacked as soon as its charter expired in in January. One of the three remaining mid water floaters in the region, and easily the oldest of them all, Stena Clyde, has been reactivated for a short contract in Australia.

Talking of reactivations, the recently reactivation of Transocean’s GSF Development Driller 1, which has just arrived in the region, has triggered talk of planning for further reactivations from Diamond and Ocean Rig, noticeably for moored units. There is a dearth of moored mid water units world-wide.

The long running dispute between East Timor and Australia over their maritime boundary in the Timor Sea has finally been settled with the boundary re-drawn. As a consequence, the Greater Sunrise Gas project, which has ended up in Timorese waters, is now back on, and operator Woodside is now progressing this long-delayed project.

Meanwhile, the Philippines has indicated it will allow exploration in its Reed Bank acreage in the disputed waters of the South China Sea and is forming a joint venture with CNOOC of China to undertake this, tantamount to asking the devil into your front parlour. Reed Bank is well within the Philippines Exclusive Economic Zone.

And another negative instance of China’s pervasive influence in the disputed South China Sea has been felt by several contractors and sub-contractors as well as Spanish operator Repsol, when China leant heavily on Vietnam to shut down the planned $2bn development of the Ca Rong Do oil and gas field, which is also well within Vietnam’s Exclusive Economic Zone. Repsol has been forced to claim force majeure on many contracts it had already committed to, with the main losers being Ensco, Yinson/PTSC, Heerema, Keppel FloaTec and Drill-Quip.

A major change in New Zealand has seen Shell complete its threatened withdrawal from the country after being around for close to 100 years. Austrian outfit OMV, already with a strong presence in New Zealand, have acquired all of Shell’s upstream assets in the country. The deal has also seen Malaysian Sapura Energy farm into five (5) permits in the Taranaki Basin that OMV acquired from Shell.

Woodside has considerably strengthened their Australian portfolio by acquiring ExxonMobil’s stake in the giant Scarborough gas field off Western Australia. They have assumed operatorship and have offered partner BHP Billiton a greater share in the venture.

Malaysia has a new national operator aside from Petronas. The state of Sarawak has announced the formation of its own state petroleum company Petros. In future it will handle all new exploration and developments within the state, although Petronas will retain control of all existing production and developments.

Borr Drilling have been at it again. After creating some excitement in January when it was revealed they were in discussion with KeppelFELS to buy some of their stranded jackups, they then announced they are to purchase Paragon Offshore, the Noble offshoot, who have a large fleet of “legacy” jackups, mostly cold or warm stacked which they have been busy scrapping as part of the reorganization following their entry into Chapter 11. Borr have already announced they are likely to scrap most of these jackups, retaining the two former Prospector premium jackups. The main thrust of the acquisition would appear to be to acquiring the experience of an established drilling contractor, its operational track record and safety systems.

Meanwhile, Transocean completed its purchase of Songa Offshore and already indicated it will likely scrap Songa’s three (3) “legacy” semis that are currently cold stacked in Norway. 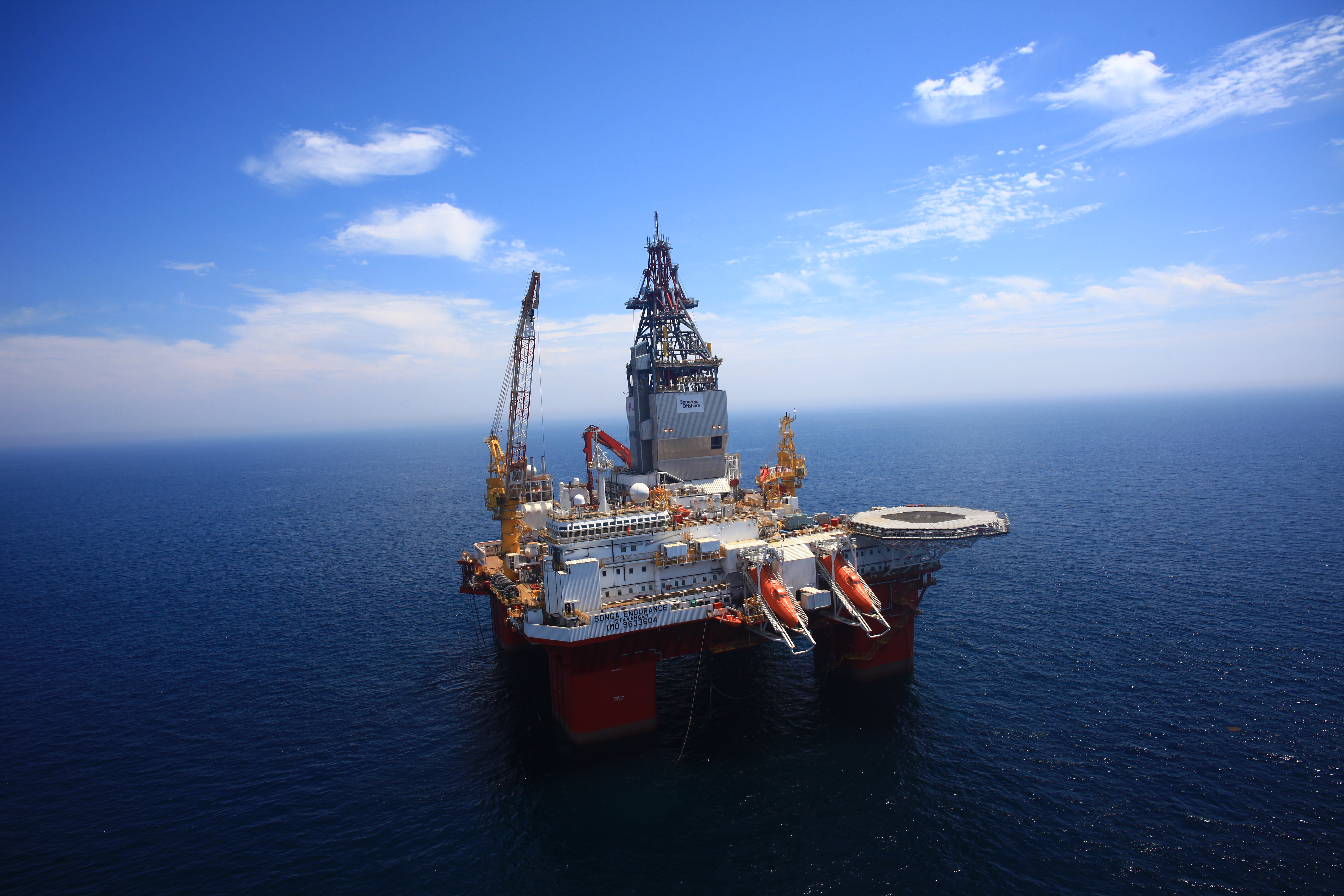 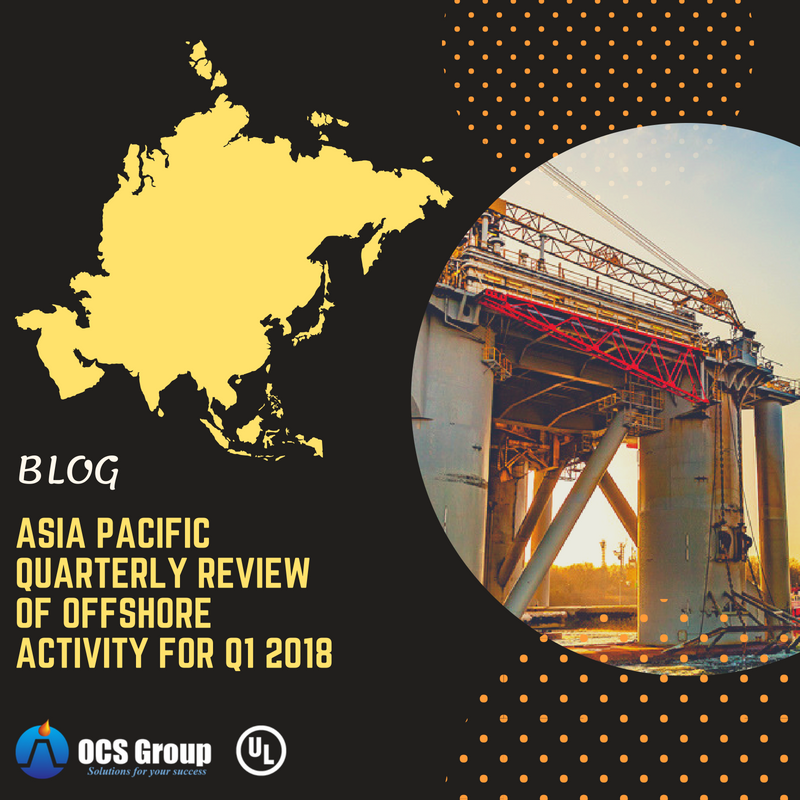