Please see a review of the 2017 activities in the Oil and Gas Asset market. We have already seen large changes in 2018 and it is expected that this will continue into the rest of the year. This review is accurate upto the conclusion of 2017 however gives a great overview of the asset market, and potential changes that will continue to be observed in 2018.

Last year marks the first time since 1999 that Transocean was not the largest offshore drilling contractor in the world. In 2016, Transocean held the top spot with 67 units. But during 2017, the company decided to sell off its jack-up portfolio, which at the time consisted of 10 existing units and five newbuilds under construction. The jackups were purchased by Borr Drilling, which as of the end of 2016 only owned two rigs. This, combined with some floater attrition during the year, left Transocean with a total of 44 units, dropping it to the fifth spot on the list.

The four drilling contractors that are now larger than Transocean are Ensco with 62 units, followed by Seadrill with 54, then Borr with 53 and state-owned China Oilfield Services (COSL) with 46. In 2016, Ensco finished the year with 53 units. The net increase in its 2017 fleet is primarily attributed to its acquisition of fellow rig contractor Atwood Oceanics. The merger was announced in May and finalized in October. Ensco noted that the combination of its fleet with Atwood’s 11 units would give it the flexibility to retire some of its older legacy units while preserving market share. During the year, Ensco also took delivery of one drillship and scrapped two jackups.

Two long-time players that dropped out of the Top 10 are Rowan Companies and Diamond Offshore. Rowan ended 2016 with a fleet of 30, and finished off 2017 with 19. While this sounds like a significant decrease, the majority of these units were either sold to newcomer ARO Drilling, which is a joint venture between Rowan and Saudi Aramco, or transferred under ARO’s management. Conversely, Diamond retired a total of nine jackups and semis over the course of the year, bringing its rig portfolio down from 28 to 19 and contributing to a decrease in the global rig supply. In terms of attrition count, Diamond and Transocean tied for the most active last year with nine units retired by each.

While the overall count for the global offshore rig fleet dropped from 1,075 in 2016 to 1,033 last year, oversupply remains a huge issue that will persist in 2018 as global demand continues to fall far short of available supply, and the number of units idle for a year or more grows. For the purposes of this analysis, the global offshore rig fleet included Arctic rigs, drill barges (but not inland barges), drillships, jackups, semisubmersibles, submersibles, and tender-assist rigs. The Market anticipates that more consolidation will take place among the rig contractors, as well as more scrapping or recycling of units that are unable to compete in the leaner market of today.

One of the most prominent changes anticipated is the exit of Maersk Drilling from the rig contracting realm. In November 2017, its parent company, A.P. Moeller-Maersk, classified the division as discontinued operations and noted that it aimed to have a structural solution in place within the next 12 months. At the end of 2017, Maersk held the final spot on the Top 10 list with 23 rigs – 15 jackups, 4 semis, and 4 drillships. Of the company’s 15 jackups, 13 are harsh-environment, high-specification units, making them highly sought-after rigs capable of working in Northwest Europe. This has been the first sector to show indications of a tight rig market in 2018, particularly over the summer months. Since conditions in the region necessitate the use of harsh-environment rigs, this limits the competitiveness from most of the global drilling rig fleet. However, as evidenced by the shrinking dominance of the Top 10 drilling contractors, absorbing all of Maersk’s fleet might be a difficult task for any company that wants to buy it. Market chatter has been indicating a stronger likelihood of Maersk’s rigs going to more than one buyer, possibly broken up along the lines of jackups to one buyer and floaters to another.

A number of capital funds have been set up over the past couple of years with asset acquisitions in mind. With many very experienced former drilling contractor executives out of work due to the downturn, it will not be difficult for these funds to find experienced people willing to run the day-to-day business of a drilling company. The bigger problem is knowing when is the right moment to jump on an acquisition – that is, when will the price be low enough, and future work prospects look more attractive.

One such newcomer that has been steadily building its rig portfolio is Borr Drilling. This year marks Borr’s entry to the Top 10 Drilling Contractor list at the number nine spot with 24 rigs as of the end of 2017. And then jumped to 3rd spot with 53 units after the purchase of Paragon – The largest Jackup drilling contractor in the world. At the close of 2016, Borr had only two units to its name, both of which had been acquired from Hercules Offshore. Initially, the company was managed by ex-Seadrill executives Rune Magnus Lundetræ (CEO) and Svend Anton Maier (COO). However, in August 2017, Simon Johnson, formerly an executive at Noble Corp., took over as CEO and Lundetræ became deputy CEO and CFO.

As part of Borr’s acquisition of Transocean’s jackups, which was finalized in May 2017, the rig contractor took on five units still under construction, one of which was delivered in November 2017. In October 2017, Borr had signed an agreement to purchase nine jackups from PPL Shipyard. These nine units include six rigs for which PPL had previously terminated construction contracts with the original owners, and three units under various stages of construction that the yard was building on spec. An eagle-eyed reader may note that Borr’s acquisitions as listed above add up to 26, but the total number of rigs listed for Borr is 24 (Prior to the Paragon purchase in 2018). This is because the table shows the number of units managed by a drilling contractor, and in this case, Borr purchased all of Transocean’s jackups, but Transocean will continue to manage two of them – Mist and Odin – until their current contracts expire in October 2018 and May 2018, respectively.

There has been a switch-up in the regions with the largest presence of Top 10 contractors. The US Gulf of Mexico market dropped from having 61.0% of its total fleet coming from Top 10 companies to just 50.5%, placing it in the second spot.,Taking over the top spot is Northwest Europe, which went from second place with 52.3% of its total fleet made up of rigs managed by Top 10 companies, up to 54.0%.West Africa remained in third place while falling from 48.0% to 43.8%.

While Northwest Europe was the only region noted on the accompanying table that had its percentage of rigs from the Top 10 increase over the past year, the final column – which represents the rest of the world – had a huge jump from 15.3% in 2016 to 24.2% in 2017. This growth shows the growing importance of regions like the Mediterranean/Black Sea and eastern Canada.

Notably, when looking at the entire fleet count for the various regions, in a down year, one region maintained its net fleet: the Middle East remained at a total of 176 offshore rigs. The only increase was in the generic catch-all grouping of “Rest of World.” This group’s fleet grew from 59 units at the end of 2016 to 62 units at the end of 2017. With fewer jobs available in traditional regions, rig contractors are sometimes willing to take chances on less traditional programs. These are often with smaller operators that might not be able to get a sufficiently long campaign together at the higher rates generally paid during up cycles in the market.

As an example, Grenada had its first offshore well drilled in 2017 when Global Petroleum Group (GPG) hired the Transocean semi Development Driller III for the campaign. Prior to that, the 2009-built rig had worked exclusively in the US Gulf of Mexico until it ran out of work in late 2016. After finishing its assignment with GPG, Development Driller III mobilized to Aruba where it is now stacked.

This year, there has already been and will continue to be more changes in the offshore drilling rig market. As mentioned earlier, Maersk has made known its plans to exit the drilling business, which could mean its absence on next year’s table. Meanwhile, Seadrill is in the midst of reorganizing under Chapter 11 Bankruptcy, so it remains to be seen whether it intends to refocus the company and sell off some assets.

Other companies continue to find themselves on the brink of filing for bankruptcy and may not be able to hang on long enough for the meaningful recovery to kick in, despite a slight increase in demand over the course of 2017.

Not only do we anticipate more consolidation among the remaining players, but also some new drilling contractors will emerge as capital funds move on choice acquisitions. In addition, more rig retirements are expected as supply continues to far outstrip demand, even with a recent rise in both the Brent and WTI oil prices that is helping to boost E&P companies’ optimism when planning their 2018 drilling programs. 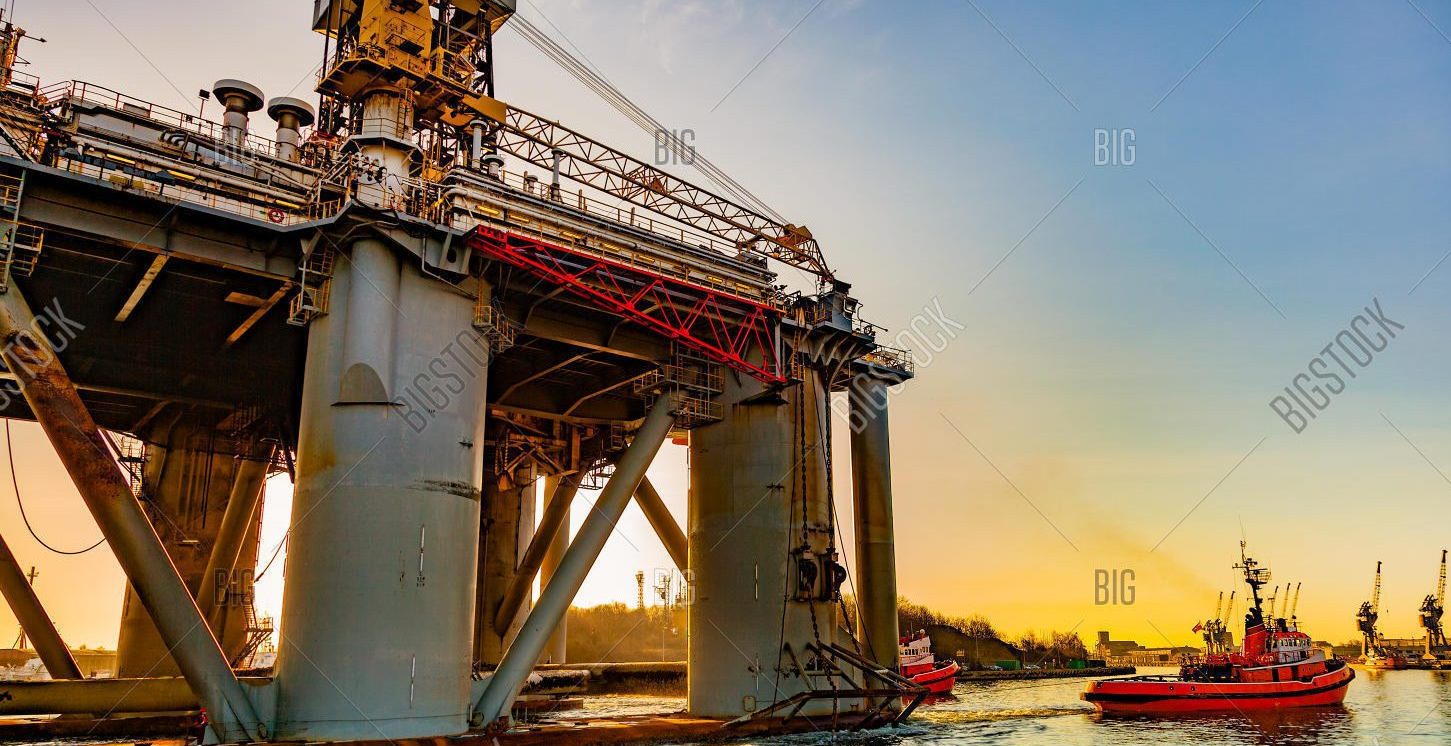